I was out chopping wood Yesterday and in my own little world. My wife came out to chat for a while and have a smoke, after a minute of brief chattign we noticed a goat in the pasture bellowing. “What in the hell is going on?” we thought. 2 Does are ready to have kids, but we figured probably not for another week or so. We went out to investigate, and that damned LLama was sitting on top of the female Alpine goat, squishing her, and she was screaming for all she was worth. We tried calling him, tried pushing him, tried pulling him off of her. That stubborn son of a bitch wouldn’t budge. (As you can tell the Llama is not my favorite animal! If the wife would let me i would have put a bullet in it a year ago! So any ways, heres this stupid dumb ass llama, smashing our pregnant goat and not budging. Finally about a 3 inch diameter and 6 foot long Fir Branch laying on the ground across his skull got him off her. Once he got off, we saw two baby goat feet sticking out of the back of her. “Oh great, here she was trying to give birth, and that stupid llama probably killed it. Any ways, we started helping her, i grabbed the baby feet, and not pulling but more keeping constant outward pressure as she pushed. Low and behold both the mama and the baby lived. That llama kept coming over snorting, kept trying to stomp the kid, and finally got another branch across the face. The wife picked up that baby Alpine Kid, i picked up the mommy, and we carried them over to a small Kid pen we have. That way momma and baby would have a safe place to nurture and grow. We also have a LaManche Goat that is pregnant and getting pretty big, she has a decent bag hanging already too, and I think they were bred just days apart. So I baited her into the Pig pen with some grain. (No, we do not have pigs in the pen at the moment, butchered them last fall and have not gotten any new piglets yet).  But now she will have a safe place to have her kid/s as well. The pig pen is about 80ftx60ft. Natural grass pasture, with a shelter shed about 6ftx6ft. Some large fir trees for shade, a feeder, a watering unit, and a high and low placed hot wire all around the fence. Actually it is a pretty ideal Goat pen. The smaller pen i have mama and baby in now is smaller and more McGuiver’d together. It is only about 6ftx15ft. It has one of those Igloo shaped large dog houses in it (young goats actually love that thing, fit inside it well and when older they love jumping and playing on it), it too has a feeder, and watering device is actually just one of those round plastic Kiddy pools for toddler swimming. It too is a dirt floor kind of pen, we do not run any livestock on concrete floored pens of any kind. This smaller pen does have a wire room i had built. (Doubles as a duck, turkey, and overflow chicken pen). I used just normal woven field wire for the roof, propped up every 6ft or to with Forked wooden hand cut posts. Works great, Any ways, i threw a couple of tarps over the wire roof and tied them off, making almost a Yurt style roof. This should keep the rain off mama and baby enough so he can get a little bigger and tolerate the wet and cold better. More updates to come. Another baby due any time.

I am sitting in my comfortable recliner, some annoying cartoon on tv that my 3 year old is watching, the fire next to me roasty and toasty, and on the window panes the rain beats hard. The past week or so it has been half way decent weather out, but here in early spring with fresh new fruit trees in the ground, seeds planted in the garden, we need a rain. Which brings me to my topic of the day. Catching, and using rain to our benefit, not work against us, and here in western Oregon we get TONS of rain! Lets start off by first mentioning that in spring, rain is needed to help growing trees and shrubs establish root systems, and provide water for the growing plant to begin structural growth, bud development, and over all cell structure. With out the rain, plants would just wither away and die. Same for seeds planted in gardens or flowerbeds. The rain is needed to keep these seeds moist and germinate so they can sprout and grow up through the earth. One way of harnessing rain that some may not think of, is i store rain water. I have rain collection units around teh farm here, from 5-gallon buckets at the bottom of gutter down spouts, to rubber maid tubs catching rain off the wood shed roof. Why would I collect rain water you ask? Well, if I was in the city the use of rain water for plants would be super beneficial due to city water containing so much cholorine and flouride and such and would provide the plants with a more pure and nitrogen enriched source of water. However, we do have a well here on the farm, so the purity of the water is not an issue. Mostly i use the collected water for animals. The rabbits and the chickens both live off the collected rain water (except in the summer, then it is well water). Its also handy sometimes having some easily accesible water for washing off farm or garden tools, rinsing off eggs, washing off dirty hands what ever. Rain is our friend, not our enemy, and has a million uses. As the years progress I intend on expanding my rain catching system to something a little more substantial, but in the mean time what i have will have to work. Happy rain catching every one.

I have had a bad time with coyotes digging large holes underneath my fence and coming into my fields. I really would not care, other than i have livestock with babies in that field which would be a perfect coyote snack. So I set a series of traps in the dig outs, covered the traps, and baited them. I check the traps every day to humanly remove any coyotes or other animals that may get caught so they aren’t there stuck for days on end. Any ways, today’s trap check brought bad news. I walked through the field, through the timber, around the back of the pond to the first set of the trap line. First trap, a big female skunk! UUUUUGGGGG! Damn i hate catching skunks in my traps! i hate it for one obvious reason, they spray all over the whole set, and even dead you still get skunk all over you getting the carcass out of the trap. I also hate killing them becuase they dig and eat wasp and hornet nests and bees and are actually a good farm critter to have around. Last skunk I got I had to burn all my clothes (was dark when I checked the set so i was right on top of him by the time i saw him, he saw me, i saw him, I raised my gun, he raised his tail, and we both fired! Both hitting each other). So Any ways, daylight this check, and I saw him from a ways off. I raised my pistol, told my boy to cover his ears, and put a bullet in his brain from about 15 yards. (brain shooting a skunk at 15 yards is not an easy task for a novice! like shooting a quarter at 15 paces!). Any ways, he fell limp and i decided to leave him in the trap for now. He is dead and the trap is set so it is not like another animal can come along and get trapped also. So we walked down the fence line 100 yards or so, second trap was untouched but bait was missing. “Hmmmmm, that sucks” I thought. So off we were to the third set of the line. Something grey, too small for a coyote, too big for a squirrel. It was a Possum! Far from a coyote. So for a grand total of critters cought in my coyote killing efforts totals : 2 skunks, 1 possum, 1 bobcat, and 1 owl (don’t ask how in the hell an owlgot in there! but he did). So i decided to call it quits for the trap line. All i am catching are the critters I don’t mind having around. So I humanly shot the Possum, and removed him from the trap, throwing him over my back to take home and skin out. We walked back up to my second empty set again so that I could trip the trap, as to not catch anything else. I will wait till the wife gets home tonight, and have her watch the boy while i remove the skunk from the one trap, and reposess all my traps. I don’t mind having him there, but I have to hop the fence to undo the chains off of trees and what not, which would leave him alone in the field with cows, bulls, not so nice billy goats, etc. Better to just let mama watch him while daddy does his thing. Any ways, so i am standing in front of the middle trap set, and shove a stick into the covered area…. nothing! i shove it harder and poke vigorously at other areas in the set thinking maybe i missed the trigger. Nothing! i dug the stick underneath the trap and lifted it up out of the cover and saw the problem. No wonder my bait was getting stolen and not catching anything. When i covered the trap with grass, pine needles, and sprinkling of dirt… dirt had gotten wedged in the hinges, locking the trap in the open position. Finally i got the thing to snap shut, breaking the stick as anticipated. Now all the traps are sprung rendering them nuetral again. And tonight, with pistol on my side and flashlight in hand, I will go and remove all the traps, and roll large rocks in front of the coyote dig outs, in hopes that maybe the scent of me near the fence and their entrances blocked maybe they will travel on down and go into the neighbors farm instead of mine. Here is hoping!

We built our Chicken Coop around March of 2012. I just used scrap pieces left over from putting up our house. Extra and end cuts of plywood, left over pieces of 2×4 and 2×6 from foundation forms, some old fence posts i had extra laying around, left over nails, etc. I also had some scrap tin left over from a wood shed i constructed, to i thought that would make a good roof. Inside the roosts are made from Maple branches i cut and and then screwed into place. Seems to work great. I think the only thing i had to buy was a small roll of chicken wire (approx $10). Keeps them plenty warm and out of the elements in the winter and rainy seasons, and vented enough to keep them cool in the summer. We had a few more at one time, but after a little culling and some chicken dinners, we are now down to 9 chickens. Americana’s, Naked necks, Coo-Coo Morans, Bardrock, and a few other breeds I recieved from a barter than I am unsure of the breed. Farm fresh Eggs all year round. 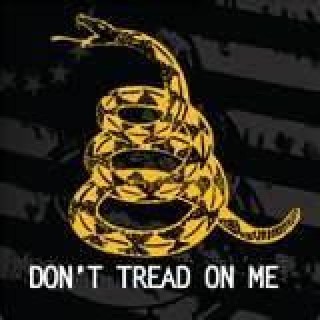 Running a survivalist/prepper farm in the Pacific Northwest

The latest news on WordPress.com and the WordPress community.